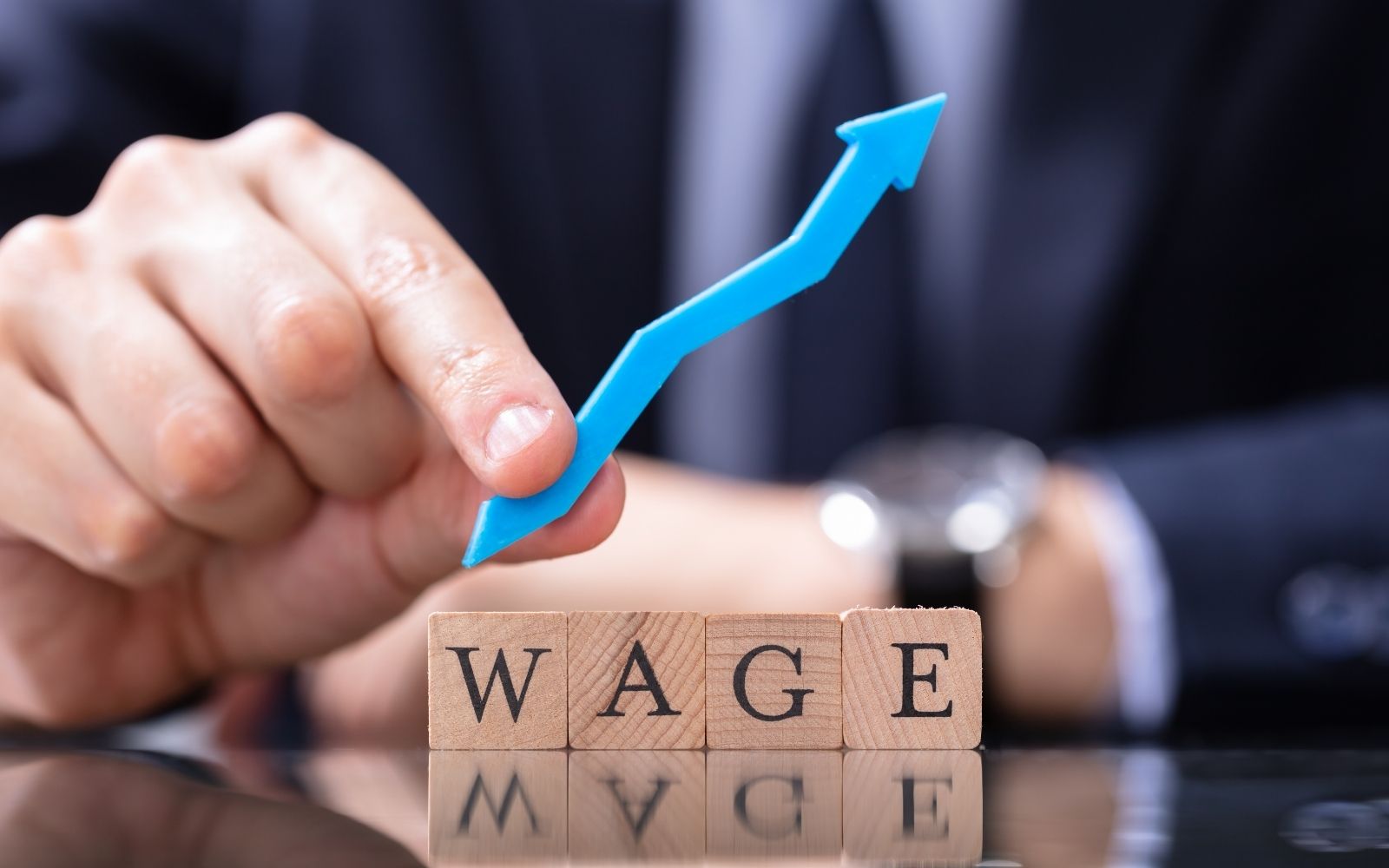 What does rising inflation mean for wage growth?

The UK is facing a cost of living crisis, with inflation hitting 6.2% in February 2022, and according to the Office for Budget Responsibility, it could average at 7.4% this year.

But people’s wages aren’t going up at the same rate, despite the words “high wages” effortlessly tripping off the tongues of government ministers only a few months ago.

For example, in an interview on The Andrew Marr Show ahead of his speech at the Conservative Party conference, Prime Minister Boris Johnson said: “Finally after all these years you’re seeing growth in wages.

“Wages are finally going up for the low-paid, and they’re going up faster than for those on high incomes. And about time too… Wages have been totally flatlining for more than a decade.”

Despite being challenged about wages going down, not up, in real terms, Mr. Johnson stuck with this line throughout the interview, and then in his keynote speech, he said the UK is becoming a “high wage, high skill, high productivity” economy.

What the data says

But the numbers back in October and the figures today tell a different story. According to the Office for National Statistics, average earnings did go up in the three months to January by 3.8%, up from 3.7% a month earlier.

However, this rate of increase is well behind the surge in inflation, which is currently at a 30-year high, and means wages fell by 1% in real terms. That’s the biggest real terms fall in wages since 2014, so claims that wages are going up are likely to ring hollow for many struggling households.

The Resolution Foundation, meanwhile, predicts that real household income per person will fall by 2.2% in 2022/23. This would be the biggest fall in a single financial year since records began in 1956/57. Estimates from the body suggest that the current fall in real wages won’t end until at least late 2023, by which time average wages will be no higher than they were in 2007.

Significantly, high wages were not mentioned even once in Chancellor Rishi Sunak’s recent Spring Statement – an acknowledgement perhaps that ministers have recognised that last autumn’s interpretation of the figures hasn’t landed with the public.

Employers under pressure over wages

The disparity between wage growth and inflation is also leading to some employers being placed under close scrutiny.

For example, supermarket chain Sainsbury’s has been urged by a group of investors, brought together by responsible investment charity ShareAction, to commit to paying all its staff the real Living Wage, which is set by the Living Wage Foundation charity and currently stands at £11.05 in London and £9.90 for the rest of the UK.

Martin Buttle, head of good work at ShareAction, said: “Low-paid workers in the supermarket sector are being hit incredibly hard by rising living costs, yet we all owe them so much following the pandemic.”

This is just one example of how pay structures at major companies are coming under close scrutiny as hard-pressed workers struggle to make ends meet, and something we could see much more of in the next few months as the cost of living crisis bites.

But employers aren’t immune to rising costs either, and following the Spring Statement, the CBI urged the government to do more to “tackle the current challenges facing firms.”

Ministers face a tough balancing act right now, as they seek to minimise the impact of rising inflation while encouraging consumers to spend and businesses to invest, in order to drive growth.

Join our monthly email newsletter for the latest news and industry insights.